Bitcoin Casino
Guides
What Is Bitcoin

BTC Guide: What is Bitcoin and How Does it Work? 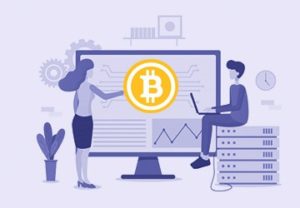 The use of cryptocurrency only became widespread, not too long ago. Today, millions of people are now using bitcoin not only as a digital currency but as a form of investment as well. While many are becoming more knowledgeable about the workings of bitcoin, some are still dumbfounded when someone asks, "explain bitcoin to me." In our guide, we will tackle the most commonly asked cryptocurrency questions like "what are bitcoins?" and "how does bitcoin work?" If you're looking for a "bitcoin for dummies" type of reading, you're in the right place.

What Is A Bitcoin

p>For a brief bitcoin definition, they can be described as a type of digital currency. Much like physical cash, they also have value, but what makes them different is that they're not bound to physical forms, and there's no central authority that manages and controls them. Before understanding bitcoin casino, you need to know about bitcoin history and creation.

Who Created The Bitcoin Cryptocurrency? 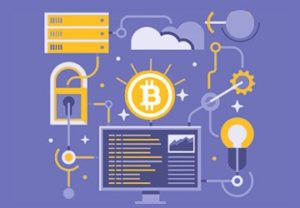 It's a widely held belief that Satoshi Nakamoto (a pseudonymous name) was the software developer who proposed the creation of bitcoin back in 2008, while some agree that bitcoin was made under a team of experts working under that one name.

This digital form of money was created to provide another means of trade that's independent of previously established central authorities. And the transfer of payment is done through a digital network of channels that are secure, immutable, and verifiable.

What Are Bitcoins Used For

This digital system makes payments between different users possible without the management of central authorities like payment gateways and banks. Because bitcoin has no physical form, it is relatively easier (and safer) to use as a transaction currency. Many people also realize the potential of cryptocurrency as a form of investment, buying them when prices are low and selling them when they're high.

How it is different from other currencies

Bitcoin is arguably the most (and first) successful cryptocurrency to date. The main reason why bitcoin was created was to prevent the common issues that arise due to mismanagement. And this was done by making it different from "normal" currencies: 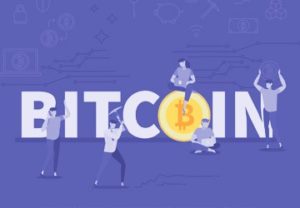 Your regular, physical forms of currency such as the dollar, yen, or euro essentially have a limitless supply. It is because central banks have the power to issue as many of these currencies as they want. Can this bear a negative effect on its users? Yes, because banks can use this method to manipulate the value of different currencies, and this can have a consequence on the price of goods.

With bitcoin, though, it's a little different. The supply of this digital currency is being controlled with established algorithms. A tiny number of bitcoins are being made every hour, and this rate of production diminishes until the number reaches 21 million (the maximum amount of bitcoin possible.) It is a big reason why many consider this cryptocurrency as a valuable asset. Because theoretically, its value will increase if the amount of supply is static and the demand continually grows.

While traditional forms of electronic payment require its users to be identified through verification, bitcoin users can enjoy semi-anonymity. Because there is no need for a central "validator," there's no need for its users to give their identification when making a transaction with other users. 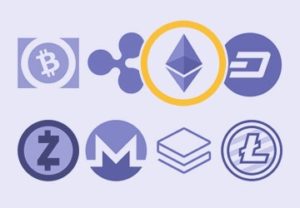 After submitting their transaction request, the protocol automatically checks every past transaction as a confirmation that the bitcoin sender has the necessary amount and the authority to create this transaction. It bypasses the need for identification.

It isn't to say that these transactions can't be tracked because law enforcement already has the means to identify cryptocurrency users when needed. Finally, a majority of the exchanges are law-bound to have customer identity checks before they can sell or buy bitcoin. Because this network is open and transparent, anyone can track the progress of specific transactions.

It is probably bitcoin's most useful characteristic. No institution or establishment has control over bitcoin's network. It is maintained under a team of coders that run an open-source network of computers all over the world. It attracts plenty of groups and individuals who want to avoid government institutions or banks when dealing with their transactions.

Bitcoin essentially solves the issue of "double spending" in electronic currencies where digital assets are easily copied, then reused. It is done through a mix of economic incentives and cryptography. Normally, banks perform this function, whereas bitcoin transactions are maintained through an open and widely distributed network that isn't controlled by a central authority.

Bitcoin can indeed be sent from one user to another directly, but many intermediaries are becoming widely used. There are also bitcoin miners (which will be discussed later) that join big mining pools that minimizes the variance in their income. 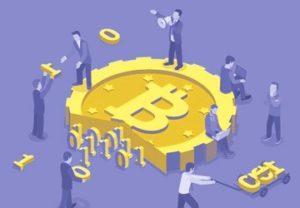 Any transaction done with bitcoin can't be reversed. It is an effect of having no central mediator that has the power to reverse the transaction. All recorded transactions only have an hour to be modified; afterwards, it's practically impossible.

Satoshi, the smallest bitcoin unit, is 0.00000001 of one bitcoin. It allows for microtransactions that can't be done with conventional money.

How does Bitcoin work? 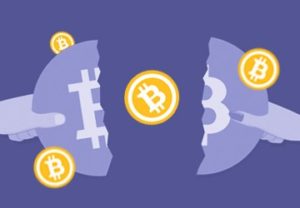 You can imagine bitcoin as a file that can be stored on your computer or phone through a digital wallet. Users can send you bitcoins, and you can do the same as well, with every transaction recorded in a type of "list" called blockchain

Every form of cryptocurrency uses blockchain technology. As the name suggests, it's composed of blocks that contain groups of records. After one block reaches the memory limit, the next block is used.

You can easily visualize them as physical boxes that contain data relating to every successful crypto transaction. Each block has a timestamp that shows the date it was created.

Blockchain technology acts as a decentralized ledger spanning many servers all over the world. Each of its users has their copy of this blockchain. Blocks are processed extensively before being added to the chain, essentially serving as a timeline for all crypto transactions.

How Do Bitcoin Transactions Work?

A transaction should always consist of an input and an output. Whenever users send bitcoins, they designate their destination and the amount that they want to send. For preventing the "double spending" issue, every input should be referred to as a previous output in the records that have yet to be spent or transferred. 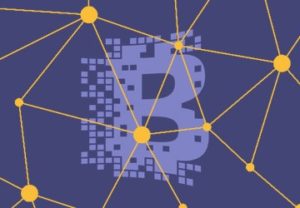 Bitcoins are being registered in specific addresses through the blockchain. A bitcoin address needs a private key and a little bit of computing time, which can normally be done in less than a second. However, the computing for an existing bitcoin address is practically impossible.

A user can tell other people about their bitcoin address or even make it public without compromising their private key. Also, private keys are so vast in number that it's highly unlikely for a person to compute for a key that's already being used. This high number of keys also makes it difficult to use brute force to obtain private keys illegally.

If an owner wants to spend some of their bitcoins, they must know their private keys, and they have to create a digital signature for the transaction to proceed. The bitcoin network then verifies the validity of this signature through their public key, all while keeping the private key concealed.

How are new Bitcoins created? (Mining)

The whole bitcoin system works because its users can make their digital system (computers) create transactions for everyone involved. Computers are capable of working out difficult processes in a short period. And many people have discovered a way of "mining" bitcoin by using a powerful network of computers.

However, bitcoin is becoming increasingly difficult to mine to prevent an influx of too much bitcoin. It might even take you more than a few years before you can mine one single bitcoin. And mining for cryptocurrencies isn't cheap.

You need to have top of the line computers that have powerful cooling systems, not to mention the electricity bills. In general, mining for bitcoins is hardly the lucrative venture unless you've done extensive research, and you live in a prime location for bitcoin mining.

How do people get Bitcoins? 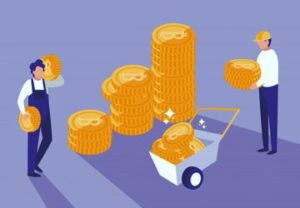 Here are the main methods of procuring bitcoin:

Who Decides The Value Of Bitcoin? 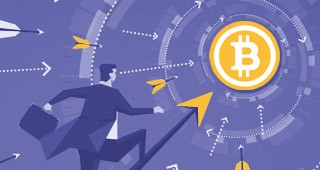 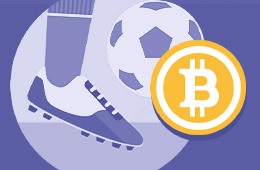 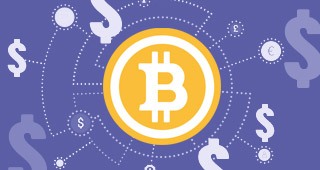