The Chinese mining company Bitmain was estimated at $ 12 billion during the completed round of financing for the B series. As Caixin informs, no one can name the exact amount of investment, but notes that it can reach $ 400 million. In the new round, there were leading investors: the Singaporean government investment fund EDBI, the American hedge fund Coatue and Sequoia Capital China. Currently, the Chinese mining company is conducting a round of financing to enter the IPO, and in the near future it plans to place shares on the Hong Kong Stock Exchange. If this happens, Bitmain will become the next company in China, which will place securities on the stock exchange.

Huobi Opens Crypto-Exchange in the US

HBUS, the crypto currency trading platform and strategic partner of Huobi, has opened registration of US users since July 6. American customers can already place their assets in bitcoin casino and ETH / USD on the stock exchange, although they will be able to conduct trading operations only from July 10. HBUS is Huobi's strategic partner in the US, the fourth-largest crypto-exchange by trade volume. Rooted in China, and currently based in Singapore, Huobi is actively developing in Canada and Brazil, and now plans to take over the American market. Earlier it was reported that the Huobi exchange had opened a trading platform in Australia.

Representatives of Binance, one of the largest crypto-currency exchanges in the world, whose profits this year expects to be from $ 500 million to $ 1 billion (in the first quarter it earned $ 300 million), donated $ 1 million to victims of natural disasters in Japan.

In an official report, the Binance administration reported that the exchange personally donates $ 1 million as an aid to the flood victims in the western regions of Japan, which had led to tragic consequences, and calls on its partners and crypto friends to extend a helping hand to the victims, as similar disaster are affecting many miners now.

Vitalik Buterin, the founder of the Ethereum platform, openly criticized centralized crypto-exchanges and wished that they all "burned in hell as much as possible".

At the TechCrunch Blockchain conference in Zug, he said during an interview that decentralized trading platforms (DEX) are better, so the crypto community must get rid of stupid centralized crypto-instruments with unlimited power. Vitalik Buterin explained this by the fact that they determine independently which tokens to add to the listing, and which of them will grow faster than others.

According to him, some crypto-exchanges require up to $ 15 million for adding a new virtual currency to the platform, which is a prohibitive amount for many projects. Therefore, further decentralization will better meet the values of the blockchain, such as openness and transparency. DEX allow you to retain the exclusive ownership of existing crypto-currencies and private data. However, they cannot yet provide sufficient liquidity. 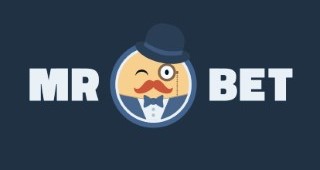